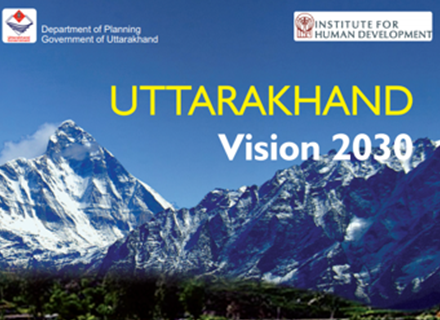 Uttarakhand, a Himalayan state of India was carved out of Uttar Pradesh (UP) on Nov 1, 2000. This year the state completes two decades of its existence after separation from the massive power house state of India. What has Uttarakhand achieved in these two decades? Let’s look into the positives.

Before we delve into the achievements of Uttarakhand in last two decades, it will be prudent to see the baseline – have a peek into the economic condition of the area when it was part of UP.

UP has been part of  infamous BIMARU (meaning “Sick” in Hindi) cluster of States since the term was coined in the 1980s. This is an abbreviation for most backward states of India – BIhar, MAdhya Pradesh, Rajasthan and Uttar Pradesh. Out of these four states, Uttar Pradesh is shamefully at the second worst position just above Bihar. Unfortunately, the two regions of current Uttarakhand – Garhwal and Kumaon – were among the most backward regions of Uttar Pradesh. This is the condition from where Uttarakhand started its journey on November 1, 2000.

After parting ways with Uttar Pradesh, Uttarakhand has turned into one of

Into the Big Boys League

According to a report by McKinsey& Company – “India’s Economic

Geography in 2025: States, Clusters and Cities” ** , in terms of per capita income, Uttarakhand is among the top 8 States (top 10 States + Union Territories) of India. This places Uttarakhand in the exclusive club of top performing states like Gujarat, Maharashtra, Punjab and Kerala.

This rank looks all the way impressive in comparison to its mother state UP -which was second last at 32nd rank in the same list.

push to get to the next level. The infrastructure, industrial, IT and defense related development project are likely to help accelerate the pace. As per the “Uttarakhand Vision 2030 Report” *** by Department of Planning, Government of Uttarakhand, the state is aiming for a quantum leap by setting the following goals:

After becoming a separate state in the year 2000, Uttarakhand was able to focus on the developmental projects suited for its geography and cultural-socio-economic uniqueness. The growth achieved in past two decades talks volumes about its struggle, hardship and the success. Bigger challenges await its path to growth but with the current direction the goal is achievable.