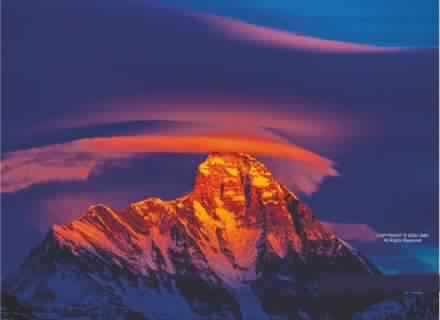 Q: What is Uttarakhand’s location & statistics ?

Uttarakhand became the 27th state of India on November 2000. It borders Tibet in the north-east and Nepal to the south-east, while its neighbour states are Himachal Pradesh and Uttar Pradesh. The provisional capital of Uttarakhand is Dehradun & the High Court is situated in the district of Nainital. Uttarakhand has traditionally been divided into two parts, the western half known as Garhwal and the eastern region going by the name of Kumaon.

Uttarakhand is spread over an area of 51,125 sq km of which 93% is covered by hills. The total population of state is 8.4 Million with one of the best literacy rates (65%) in the country

Q: How accessible is Uttarakhand ?

The two big rail heads to the region (Dehradun & Kathgodam) are just an overnight Journey from Delhi or Lucknow. Further destinations in the hills are generally with in a day’s of driving in a rental cab or bus.

Q: What are major tourism spots in Uttarakhand ?

Uttarakhand is a region of outstanding natural beauty. Most of the northern parts of the state are covered by the high Himalayan ranges and glaciers, while the lower reaches are densely forested. Two of India’s mightiest rivers, the Ganga and the Yamuna take birth in the glaciers of Uttarakhand.

The tourism industry is a major contributor to the economy of Uttarakhand, with the Raj era hill-stations at Mussoorie, Almora, Ranikhet, Haridwar, Rishikesh and Nainital being some of the most frequented destinations. Some of more exoctic locales include Valley of flowers, Auli (sking) & Pindari Glacier.

Q: Why is Uttarakhand referred to as ‘Dev Bhoomi’ ?

To this region also belong some of the holiest Hindu shrines, and for almost 2000 years now pilgrims have been visiting the temples at Haridwar, Rishikesh, Badrinath and Kedarnath in the hope of salvation and purification from sin. Besides these Char Dham, Uttranchal is also home to thousands of local Devis & Devtas.

Q: What are the languages & culture of Uttarakhand ?

The two most common dialects spoken in Uttranchal are Kumaoni & Garwahli. Besides these dialects Hindi, Punjabi & Nepali are also spoken.

The folk culture is very lively & colorful. You may have come across marching tune of Kumaon regiment based on a poplular folk song ‘Bedu Pako’ during the Republic day parades. The tune also also made very famous in a recent coke as featuring Amir Khan.

Q: What has been the contribution of Uttranchalis to India’s development ?

Uttranchalis have been in the forefront of India’s development through their contributions to Freedom Struggle (G B Pant); Literature (Sumitra Nandan Pant, Shivani, Ruskin Bond) & environment (Sundar Lal Bahuguna of Chipko Andolan).